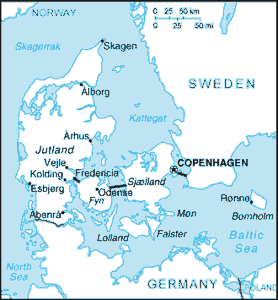 What the authors tried to do was analyze trends in breast cancer mortality in relation to mammography’s availability in distinct regions of Denmark over several decades. Using Poisson regression, a form of statistical analysis, they looked for a correlation and found none. They concluded that they couldn’t detect a benefit of screening mammograms among Danish women who might benefit (see below).

Here’s what I think are the two most serious flaws in this observational study:

Am I pro- or con- colonoscopy for routine screening, you might wonder. Well, that depends.

Am I pro- or con- famous singers and other celebrities extolling the benefits of particular medical interventions? Well, that depends, too.

But I’m sure I prefer “Puff the Magic Dragon.” Also “Leaving on a Jet Plane” fills me with imperfect memories of 6th grade.

Last week the journal Cancer published a small but noteworthy report on women’s experiences with a relatively new breast cancer decision tool called Oncotype DX. This lab-based technology, which has not received FDA approval, takes a piece of a woman’s tumor and, by measuring expression of 21 genes within, estimates the likelihood, or risk, that her tumor will recur.

I first heard about STI-571 (Gleevec, a targeted cancer therapy) from a cab driver in New Orleans in 1999. “Some of the doctors told me there’s a new cure for leukemia,” he mentioned.

We were stuck in traffic somewhere between the airport and the now-unforgettable convention center. His prior fare, a group of physicians in town for the American Society of Hematology’s annual meeting, spoke highly of a promising new treatment. It seemed as if he wanted my opinion, to know if it were true. Indeed, Dr. Brian Druker gave a landmark plenary presentation on the effectiveness of STI-571 in patients with chronic myelogenous leukemia (CML) at the conference. I was aware of the study findings.

Since then, oncologists’ enthusiasm for targeted therapies – medications designed to fight cancer directly and specifically – has largely held. But the public’s enthusiasm is less apparent. Perhaps that’s because many people are unaware of these new drugs’ potential, or they’re put off by their hefty price tags.

A new report from the “Make our Food Safe” project, based at Georgetown University, makes clear that food-borne illnesses – from bacteria, parasites and a few viruses – are ever-present and costly.

The study, authored by Robert Scharff and funded by the Pew Charitable Trusts, finds that food-borne illnesses tally nearly $152 billion per year. This huge sum includes some subjectively-measured expenses like pain, suffering and missed work. Even without those, the toll registers above $100 billion – it’s a big sum, either way.

The main culprits are

MedlinePlus, a virtual superstore of medical information, is one of the most frequented health-related websites worldwide. The site, co-sponsored by the National Library of Medicine and the National Institutes of Health, is comprehensive and, with some exceptions (see below) relatively free of commercial bias. I find it a useful starting point for almost any health-related search…