Most doctors didn’t know what was going on. The young men weren’t sure either. There were rumors but also credible denials about a disease affecting the community…

…a bit on the history of health care in the United States. The Social Transformation of American Medicine, by Paul Starr, was first published in 1982. The author, a professor of sociology and public affairs at Princeton, gives a fascinating, still-relevant account…

This week I finished reading the Emperor of All Maladies, the 2010 “biography” of cancer by Dr. Siddhartha Mukherjee. The author, a medical oncologist and researcher now at Columbia University, provides a detailed account of ...

Yesterday’s Washington Post Sports has a clip from CNN, 20 years ago, when basketball star Magic Johnson announced on TV that he had HIV, the virus that causes AIDS. The date was Nov 7, 1991. ... 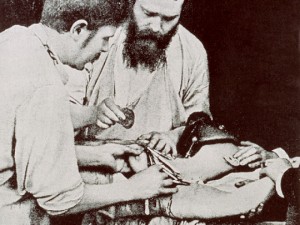 CBS News has posted a gripping set of images, mostly of cancer patients, dating to the 1880s. The photos from the Burns Archive are graphic, as much as they’re telling, instructive and rare.   This ...

(and, on bias in education) On the bus last week I was reading the latest New Yorker and came upon a short, front-end piece by Ian Frazier on Mary Jane Seacole, a Jamaican nurse who ...

I’m taking notes on the Cochrane Library. The site – a collection of databases and reviews – drew my attention yesterday when an embargo was breached for an article to be published there having to ... 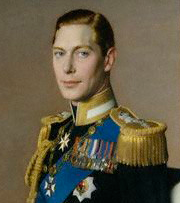 Over the weekend I went to see the King’s Speech. So far the film, featuring Colin Firth as a soon-to-be-King-of-England with a speech impediment, and Geoffrey Rush as his ill-credentialed but trusted speech therapist, has ...

A series of clicks this morning brought me to an interesting web finding in a Wiki-like Dead Media Archive that links to NYU’s Steinhart School of Media, Culture, and Communication. And there rests the Notificator, ... 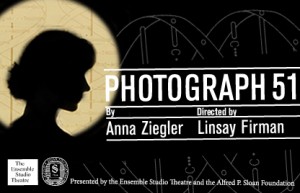