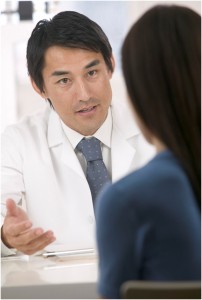 This kind of paternalism, when a doctor assesses the risks and benefits, and spares the patient’s “knowing” seems anachronistic. But it may, still, be what many people are looking for when and if they get a serious illness. Not everyone wants a “tell me everything” kind of physician. 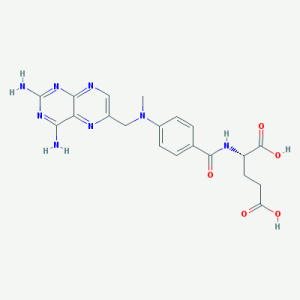 Methotrexate has been used in cancer wards for over 50 years. And like other beyond-patent meds, it’s become less profitable to manufacture MTX compared to much costlier new agents. 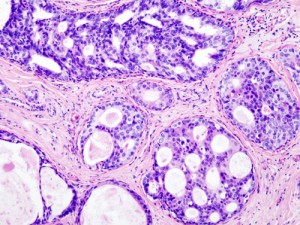 More, a magazine “for women of style & substance,” has an unusually thorough, now-available article by Nancy F. Smith in its September issue on A Breast Cancer You May Not Need to Treat. The article’s ...

This is the sixth post on Bending the Cost Curve in Cancer Care, based on the 10 suggestions put forth by Drs. Smith and Hillner in the May 26 NEJM.  We’re up to number 5 ... 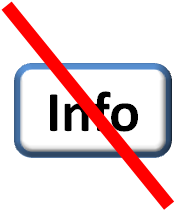 In this week’s episode, Boo!, Cathy wakes up in the morning eager and ready to start treatment on a clinical trial. The day doesn’t go well – the local treatment center doesn’t have needed information ...

This is the fourth in a series of posts on Bending the Cost Curve in Cancer Care, by Drs. Thomas J. Smith and Bruce E. Hillner, in a recent NEJM health policy piece. The authors’ third suggestion: to limit ...

(Hopefully a second opinion) When I last wrote on The Big C, a Showtime series in which the actress Laura Linney portrays a woman in her forties with advanced melanoma, I considered some of the ...

I’ve been toying with the idea of messing with a cable TV show’s plotline. At the first season’s end of The Big C, the story’s protagonist decides to accept a harsh and usually ineffective treatment ... 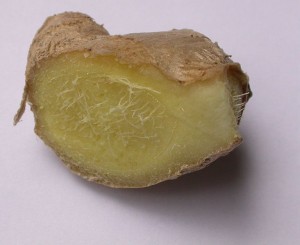 A short post for Friday: The Times published a short piece on ginger this Tuesday, on whether or not it relieves morning sickness. The conclusion is that it’s less effective for nausea in pregnancy than ... 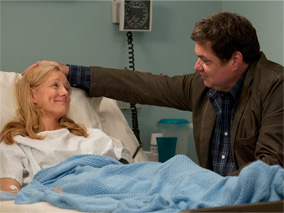 “I don’t want to get sicker trying to get better and then just end up dying anyway” – Cathy, the 42 year old protagonist, with advanced melanoma, on the Big C.

Spoiler alert: Don’t read this post if you don’t want to know what happens to Cathy in the Big C…After months of unusual and comfort zone-breaking behavior, Cathy

I learned of a new study implicating stress in reduced breast cancer survival by Twitter. A line in my feed alerted me that CNN’s health blog, “Paging Dr. Gupta,” broke embargo on the soon-to-be-published paper ...

Last week the journal Cancer published a small but noteworthy report on women’s experiences with a relatively new breast cancer decision tool called Oncotype DX. This lab-based technology, which has not received FDA approval, takes a piece of a woman’s tumor and, by measuring expression of 21 genes within, estimates the likelihood, or risk, that her tumor will recur.

I first heard about STI-571 (Gleevec, a targeted cancer therapy) from a cab driver in New Orleans in 1999. “Some of the doctors told me there’s a new cure for leukemia,” he mentioned.

We were stuck in traffic somewhere between the airport and the now-unforgettable convention center. His prior fare, a group of physicians in town for the American Society of Hematology’s annual meeting, spoke highly of a promising new treatment. It seemed as if he wanted my opinion, to know if it were true. Indeed, Dr. Brian Druker gave a landmark plenary presentation on the effectiveness of STI-571 in patients with chronic myelogenous leukemia (CML) at the conference. I was aware of the study findings.

Since then, oncologists’ enthusiasm for targeted therapies – medications designed to fight cancer directly and specifically – has largely held. But the public’s enthusiasm is less apparent. Perhaps that’s because many people are unaware of these new drugs’ potential, or they’re put off by their hefty price tags.

A study published on-line this week in The Journal of Clinical Oncology (JCO) suggests that regular, low-dose aspirin use reduces the risk of recurrence and death from breast cancer among women who’ve had stage I, II or III (non-metastatic) disease.

This is a phenomenal report in three respects:

1. The dramatic results: among women who’ve had breast cancer, regular aspirin use was associated with a reduced risk of recurrence and of death from cancer by more than half;

2. The relevance; these findings might affect millions of women living after breast cancer, today;

After a while my oncologist stepped out into the waiting area and guided me to the hall by her office. “The cells are low,” she said. “We’ll have to wait another week, that’s all.”

I knew she was right. But a week seemed like a lifetime to me then….

Here’s my short list, culled from newsworthy developments that might improve health, reduce costs of care and better patients’ lives between now and 2020, starting this year: 1. “Real” Alternative Medicine. By this I don’t ...

I know what it’s like to get the “red devil” in the veins.

You can learn about Adriamycin, a name brand chemotherapy, on WebMD. Or, if you prefer, you can check on doxorubicin, the generic term, using MedlinePlus, a comprehensive and relatively reliable public venture put forth by the National Library of Medicine and National Institutes of Health. If you’re into organic chemistry, you might want to review the structure of 14-hydroxydaunomycin, an antibiotic and cancer therapy first described 40 years ago…