Get Cancer. Lose Your Job?

This new JAMA article reviews the literature. At a glance, it may add to the growing perception among journalists, primary care physicians and others – including ordinary women – that mammography’s effectiveness has been, again, disproved. 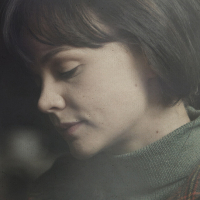 Old and New Music, on Dying to Give Birth

“The Death of Queen Jane” refers to Jane Seymour, a wife of Henry VIII. She died in October 1537, at less than 30 years of age, days after delivering a male heir.

Talking About Physician Burnout, and Changing the System

With many difficult situations, the first step in solving a problem is in acknowledging it exists. After that, you can understand it and, hopefully, fix it. Our health care system now, as it functions in most academic medical centers and dollar-strapped hospitals, doesn’t give doctors much of a break, or slack, or “joy,” as…

In this new climate of shame, it’s easy to imagine a girl might feel really, really bad about herself simply for being sexually active.

As many ML readers are aware, late this morning, the Susan G. Komen Foundation announced it will not cut current grants or funding to Planned Parenthood. This reversal comes as welcome news to those who support the agency and its work. The New York City branch issued this statement. Still, many breast cancer advocates, activists and […]

A Note on the Komen Fiasco

When I first heard the Susan G. Komen Foundation is nixing its financial support of Planned Parenthood, I thought it might be a mistake. Maybe a rogue affiliate or anti-choice officer had acted independently of the group’s core and mission, and the press got the early story wrong. I waited for Nancy G. Brinker, Komen’s […] 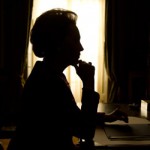 The Iron Lady, a Film About an Aging Woman

Over the weekend I saw the Iron Lady, a movie about Margaret Thatcher, the former Prime Minister of England.  I expected a top-notch, accented and nuanced performance by Meryl Streep, and got that. The film surprised me in several respects. It’s really about aging, and how a fiercely independent woman withers. The camera takes you within her […]

On Friday I visited the Scar Project exhibit at Openhouse, on Mulberry Street just south of Spring. Photographer David Jay offers penetrating, large, wall-mounted images of young people with breast cancer. The photos reveal women who’ve have had surgery, radiation, reconstruction or partial reconstruction of the breasts. Some are strikingly beautiful. Some appear confused, others […]

With little fanfare, the NEJM published a feature on breast cancer screening in its Sept 15 issue. The article, like other “vignettes” in the Journal, opens with a clinical scenario. This time, it’s a 42 year old woman who is considering first-time mammography. The author, Dr. Ellen Warner, an oncologist at the University of Toronto, takes […]

A post in yesterday’s Well column, about coverage of breast cancer by the media, focused on the first-person narrative of NBC’s Andrea Mitchell. Journalist Tara Parker-Pope writes: Her announcement has generated much discussion in the blogosphere, including an analysis by Gary Schwitzer, publisher of HealthNewsReview.org, who writes that Ms. Mitchell made some missteps in discussing her […]

Should You Tell Your Employer When a Loved One Is Ill?

An article caught my attention in the September AARP Bulletin: The Caregiver’s Dilemma considers the 61.6 million people in the U.S. who care for older relatives or friends. People with jobs are, understandably, unsure if they should let their boss or supervisor know they’re caring for someone who’s sick. This indirect cost of illness and […]

Posted in Economics, Family, Life, Women's HealthTagged AARP Bulletin, aging workforce, Caregiver's dilemma, family, responsibility, sandwich generation, Women's HealthLeave a Comment on Should You Tell Your Employer When a Loved One Is Ill?

Medical Aspects of ‘The Help’: The Plight of a Woman with Recurrent Miscarriages

Last weekend I saw The Help, a movie on race relations in Jackson, Mississippi 50 years ago with lingering implications for people who hire “help” to take care of their children and tend to their personal business anywhere in the world, including now. It’s a heavy-handed, simple-message and nonetheless very enjoyable film, with fine acting […]

I’m half-tempted to put down yesterday’s new NYT Magazine feature on crazy sexy cancer goddess Kris Carr. Her blog was one of the first I found when I started ML, and it was the most popular link on my fledgling site until I pulled it, fearful of somehow sponsoring a too-alternative oncology perspective. But I […]

Good People, a New Play About Chance, Decisions and Fate

A short note on Good People, the title of a new play at the Manhattan Theatre Club starring Frances McDormand – It’s a simple story, at some level, about a middle-aged woman from south Boston who loses her job. She has a disabled, adult daughter who needs caregiving, and she needs money. She contacts some […]

Confusing Reports On Coffee and Cancer, and What To Do About Breakfast

When I was a medical resident in the late 1980s, we treated some patients with pancreatic cancer on a regimen nick-named the coffee protocol because it included infusions of intravenous caffeine. How absurd, we thought back then, because years earlier caffeine had been linked to pancreatic cancer as a possible cause. Now, two new studies […]

Posted in Environmental Health, Life, Life as a Patient, Oncology (cancer)Tagged Breast Cancer, caffeine, carcinogens, coffee, life as a patient, lifestyle, medical information, pancreatic cancer, toxins, Women's HealthLeave a Comment on Confusing Reports On Coffee and Cancer, and What To Do About Breakfast

A recent audit of nine NYC’s Health and Hospitals Corporation found City Comptroller Liu described as dangerous delays in women’s health care. It takes too long for women to get screening and diagnostic mammograms. The 2009 audit found women at Elmhurst Hospital had the longest waits – 50 working days (that would be 10 weeks, […]

Noting Depression in Susan Glaspell’s 1917 Story: A Jury of Her Peers

Recently I read the short story, A Jury of Her Peers by Susan Glaspell, with a group of women in my community. The author, with whom I wasn’t previously familiar, first reported on the real 1901 trial of Margaret Hossack, as a journalist writing for the Des Moines Daily News. Later she adapted the story […]

New Study, Presented at a Meeting of Breast Surgeons, Supports that Mammograms Save Lives of Women in Their 40s

The American Society of Breast Surgeons held its 2011 annual meeting in D.C. from April 27 – May 1. Among the papers presented was Abstract #1754: “Mammography in 40 Year Old Women: The Potential Impact of the U.S. Preventative Services Task Force (USPSTF) Mammography Guidelines.” You can find the press release, followed by the abstract, […]

Portrait of a Peculiar Relationship at the End of Life